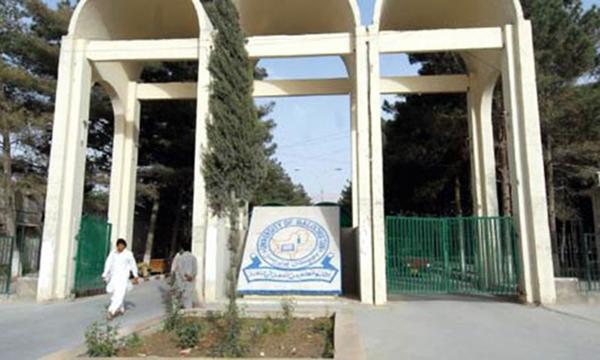 The Federal Investigation Agency (FIA) has interrogated three officers of the University of Balochistan in connection with a case regarding alleged harassment and blackmail of students at the campus, officials said on Monday.

The case had come to light about a month ago when the Balochistan High Court (BHC) directed the FIA to investigate reports of students being harassed at the varsity.

The FIA, which has been probing the case for several weeks now, discovered that male and female students were being harassed through "objectionable" videos of them. These videos were recorded using at least six cameras that were secretly installed at various spots in the university's Quetta campus, in addition to the already existing official CCTV cameras.

"We have traced 12 videos of harassment of female students," a senior officer of FIA who declined to be named told DawnNewsTV. He added that most of the victims in the case are female students who were harassed by some officials in the university's administration.

Official sources said the videos clips were of a personal nature and involved the mingling of female and male students. The clips, recorded using cameras covertly installed at places like washrooms and smoking areas on campus, were then used to sexually harass and blackmail students.

Liaquat Shahwani, a spokesperson for the Balochistan government, confirmed that FIA was investigating the case on BHC's orders.

"No one [responsible] will be spared," he said, adding that the culprits will be brought to justice.

Commenting on the incident, Balochistan University Vice-Chancellor Prof Dr Javed Iqbal told DawnNewsTV: "If any officer or employee is found guilty, we will make an example out of them."

His comment came after a spokesperson for the university issued a statement denying reports that FIA had arrested any official at the varsity.

It also denied reports that the FIA had interrogated the staff officer of the vice-chancellor in connection with the case or that any objectionable videos were recovered from him.

According to the statement, the vice-chancellor had promised "full cooperation" to the FIA regarding the issue.

The FIA conducted a number of raids and launched a formal investigation into the scandal in the aftermath of a notice taken by the high court. BHC Chief Justice Jamal Khan Mandokhail had directed the agency to submit a report about the alleged harassment of students by October 28.

The FIA has so far interrogated nearly 200 officials of Balochistan University.

"We have not formally arrested the officers, only investigated them," the FIA officer told DawnNewsTV, adding that formal arrests would be made after the registration of a first information report.