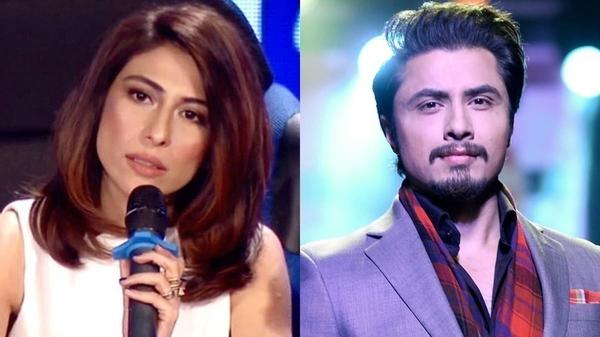 The Lahore High Court on Wednesday reserved its judgement on an appeal filed by singer Meesha Shafi in a harassment case lodged by her against fellow artist Ali Zafar.

In the appeal, filed in August 2018, Shafi had challenged the Punjab governor's decision to dismiss her complaint against Zafar whom she has accused of sexual harassment.

Justice Shahid Kareem reserved the verdict in the case after hearing final arguments by the counsel of both Shafi and Zafar.

Shafi had initially filed a complaint accusing Zafar of harassment with the provincial ombudsperson, who had rejected it on technical grounds saying that as she and Zafar "did not have an employer-employee relationship", the case could not be heard in that forum.
She then appealed against the decision before the Punjab governor, whom her legal team considered the competent authority to review any decisions made by the ombudsperson.

However, the Punjab governor upheld the ombudsperson's decision in July 2018, dismissing her request on "technical grounds".

Shafi had subsequently approached the LHC to challenge the governor's decision. Representing Shafi, Barrister Ahmed Pansota and Saqib Jilani told the court that the Punjab governor had dismissed their client's appeal by upholding the opinion that the ombudsperson's office was not the appropriate forum to hear such a complaint.

The counsel argued that it was not a prerequisite for two parties to have an employer-employee relationship in a case of sexual harassment, and that the provincial ombudsperson could be approached with a complaint regarding sexual harassment at the workplace.

The petition requested the court to declare invalid the governor's decision to dismiss Shafi's complaint and to order the initiation of proceedings against Zafar for harassment.

On the other hand, the counsel for Zafar argued that the case did not fall under the law concerning harassment at the workplace.

No date was announced for the pronouncement of the verdict.