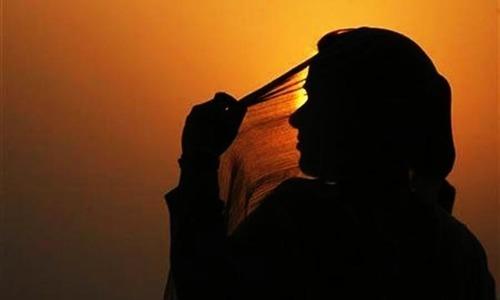 A matron who was deployed on duty at the women's barrack inside Central Jail, Gadani in Balochistan's Lasbela district was beaten to death allegedly by Russian female inmates, police said on Tuesday.

The body of 23-year-old Zoya Naz, who was performing the night duty at the women's barrack, was found in a blood of blood on Tuesday morning, according to a First Information Report (FIR) of the incident registered on a complaint of the deputy superintendent of the Gadani jail.

As per the FIR,  Zoya, who hailed from Gadani, had entered the women's barrack at 5pm on Monday to begin her shift which was to end at 8am on Tuesday.

However, when the jail's head warden went to open the gate of the women's barrack at 6am, he was informed by an inmate that the Russian female prisoners at the facility had "brutally" murdered Zoya overnight.

Police officials found the matron's body lying in a pool of blood by the gate of the barrack. According to the FIR, prisoners told police that at around 12:30am, three Russian female inmates strangled Zoya with a rope and repeatedly struck her head with a cement block and her face with a stone. The victim reportedly died on the spot.

The three Russian inmates, who were nominated in the FIR, have been incarcerated in the Gadani jail for the past five months, according to Shakeel Ahmed Baloch, the jail superintendent. They were arrested in Quetta under the Foreign Act; although their jail sentence had ended, they were shifted to Gadani jail until the legal procedure for their deportation was completed at the Russian consulate in Karachi.

Assistant Superintendent of Police Hub Naveed Alam told DawnNewsTV that police had found in their initial probe that the Russain prisoners, who were Muslims, had engaged in an argument with the deceased matron over a religious issue.

Further investigations of the murder are underway.