Typhoon Lekima: 13 dead and a million evacuated in China 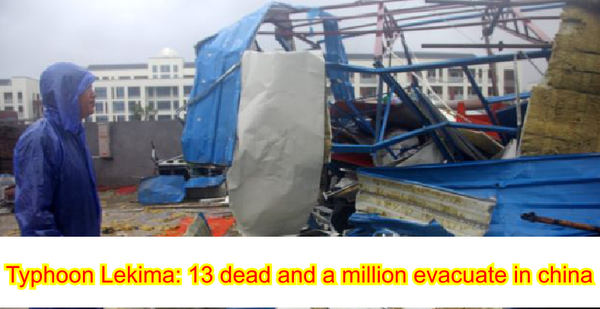 typhoon lekima(monitoring report)At least 13 people have been killed and more than a million forced from their homes as Typhoon Lekima hit China.

Sixteen people were also missing after a landslide was triggered by the storm, state media reported.

Lekima made landfall in the early hours of Saturday in Wenling, between Taiwan and China's financial capital Shanghai.

The storm was initially designated a "super typhoon", but weakened slightly before landfall - when it still had winds of 187km/h (116mph).

The fatal landslide happened when a dam broke in Wenzhou, near where the storm made landfall, state media said.

Lekima is now slowly winding its way north through the Zhejiang province, and is expected to hit Shanghai, which has a population of more than 20 million.

Emergency crews have battled to save stranded motorists from floods. Fallen trees and power cuts are widespread. 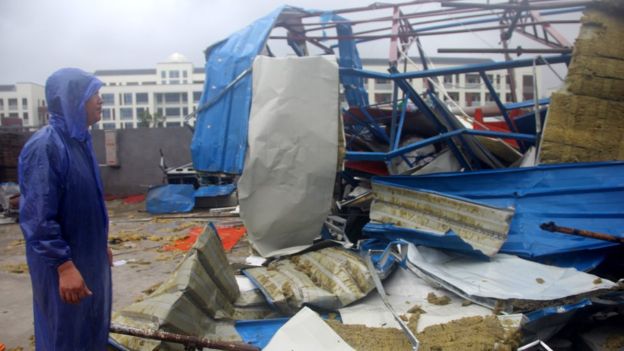 Authorities have cancelled more than a thousand flights and cancelled train services as the city prepares for the storm.

It is expected to weaken further by the time it reaches Shanghai, but will still bring a high risk of dangerous flooding.

The city evacuated some 250,000 residents, with another 800,000 in the Zhejiang province also being taken from their homes.

It is the ninth typhoon of the year, Xinhua news said - but the strongest storm seen in years. It was initially given China's highest level of weather warning but was later downgraded to an "orange" level.

It earlier passed Taiwan, skirting its northern tip and causing a handful of injuries and some property damage.

Coming just a day after a magnitude six earthquake, experts warned that the combination of earth movement and heavy rain increased the risk of landslides.

Lekima is one of two typhoons in the western Pacific at the moment.

Further east, Typhoon Krosa is spreading heavy rain across the Northern Mariana Islands and Guam. It is moving north-west and could strike Japan some time next week, forecasters said.