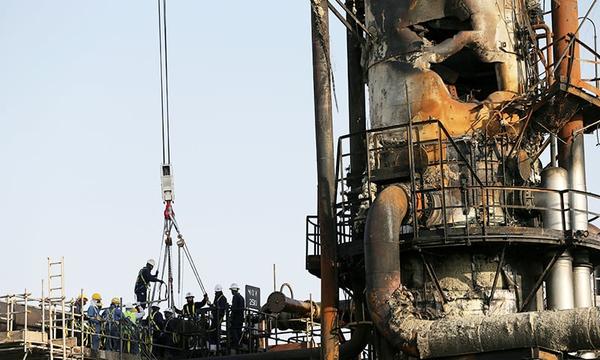 Saudi Arabia will seek to make a case at a global gathering in New York this week for concerted action to punish and deter arch-foe Iran after strikes on Saudi oil plants rattled global markets and exposed the kingdom's vulnerability to attack.

However, even Riyadh's main allies the United States and the United Arab Emirates have little appetite for a conventional military confrontation which may spark a war in the Gulf and drag in other oil producers, diplomats say.

As it tries to build a coalition, Riyadh is preparing to provide evidence to the UN General Assembly which it says will prove Iran was behind the September 14 drone and missile assault which initially drastically affected its oil output, a view shared by Washington. Riyadh says Iranian weapons were launched from the north and that it is working to pinpoint the exact location.

Iran has denied any involvement and vowed to retaliate against even a limited military response. It has criticised the accusations as part of a campaign of “maximum pressure” launched by President Donald Trump on Tehran after he quit a 2015 nuclear pact last year and widened sanctions to choke off Iran's oil exports. Riyadh wants to see more punitive action by the international community.

“This attack is a tipping point. Saudi Arabia will make the case this was a devastating blow and continued threat to the global economy,” a Gulf Arab source told Reuters on Sunday.

“If Saudi Arabia can prove without reasonable doubt that Iran was behind it, then world powers could exercise their clout — their pressure, their trade tools, pulling Iran back from its brinkmanship policy,” the source said.

Ahead of the UN General Assembly, Riyadh says it wants a peaceful resolution, but if the probe proved the strike came from Iran then “this would be considered an act of war”.

Iranian security proposal
In Tehran, Iranian President Hassan Rouhani said on Sunday that he will present at the General Assembly a plan for “creating security” in the Gulf in cooperation with other regional nations, without providing further details.

Concrete evidence over responsibility for the latest drone attack is likely to be crucial to overcome reservations by European and other powers, who were largely reluctant to join a US-led maritime security coalition after tanker attacks in May and June in Gulf waters were also blamed on Iran. Tehran has also denied involvement in those strikes.

The September 14 attack “was a big escalation, there is a clear problem. But it is a real dilemma of how to react without escalating further,” said a Western diplomat. “It is not clear yet what the US wants to do.”

France, which is trying to salvage the nuclear deal as Iran scales back its commitments, has urged de-escalation. China and Russia, which hold vetoes in the UN Security Council, have warned against attributing blame without providing proof.
There are divisions among Gulf Arab states. Riyadh and its allies are locked in a dispute with Qatar that has shattered a Gulf military, political and economic alliance.

Differences have also emerged between allies Riyadh and Abu Dhabi, Saudi Arabia's main partner in the military coalition fighting in Yemen, after the UAE reduced its involvement in the war in June and moderated its tone towards Iran.

Trump, who ordered more sanctions and approved sending American troops to bolster Saudi defences, initially declared Washington was “locked and loaded” to respond, then said there were options short of war. Secretary of State Mike Pompeo said on Thursday the US was looking to build a coalition to achieve a peaceful resolution.

The Pentagon said on Friday it will send more troops to Saudi Arabia and speed up delivery of military equipment to Saudi and the UAE after the strike exposed serious gaps in Saudi air defences. Rouhani said the presence of foreign forces in the region would create insecurity for oil and shipping.

“I doubt anyone has the appetite for a direct clash between the US and Iran,” said Barbara A. Leaf, who was U.S. ambassador to the UAE from 2014-2018 and is now a senior fellow at the Washington Institute for Near East Policy.

“It really requires re-establishing deterrence. Clearly there is none now,” she told Reuters. “It really depends on the administration ... being clear of purpose and intent.”