The Securities and Exchange Commission of Pakistan has revoked the licences of 22 'not-for-profit' organisations for failing to provide financial details, a press release by the Commission said on Wednesday.

According to the press release, the licences to operate were cancelled under the Companies Act, 2017, which necessitated that they provide a statement of accounts to the Commission for the first financial quarter (July-September) of the year 2019-20.

Some of the organisations had remained non-functional since their registration, the press release added.

The organisations will now have to follow the course of law and voluntarily wind up the company, said the SECP.

As per the law, if an organisation has no assets and liabilities, it will have to apply for taking its name off the register of companies under Section 43 of the Companies Act, 2017, read with the Associations with Charitable and Not for Profit Objects Regulations, 2018.

A list of the 22 organisations whose licences were revoked is given below: 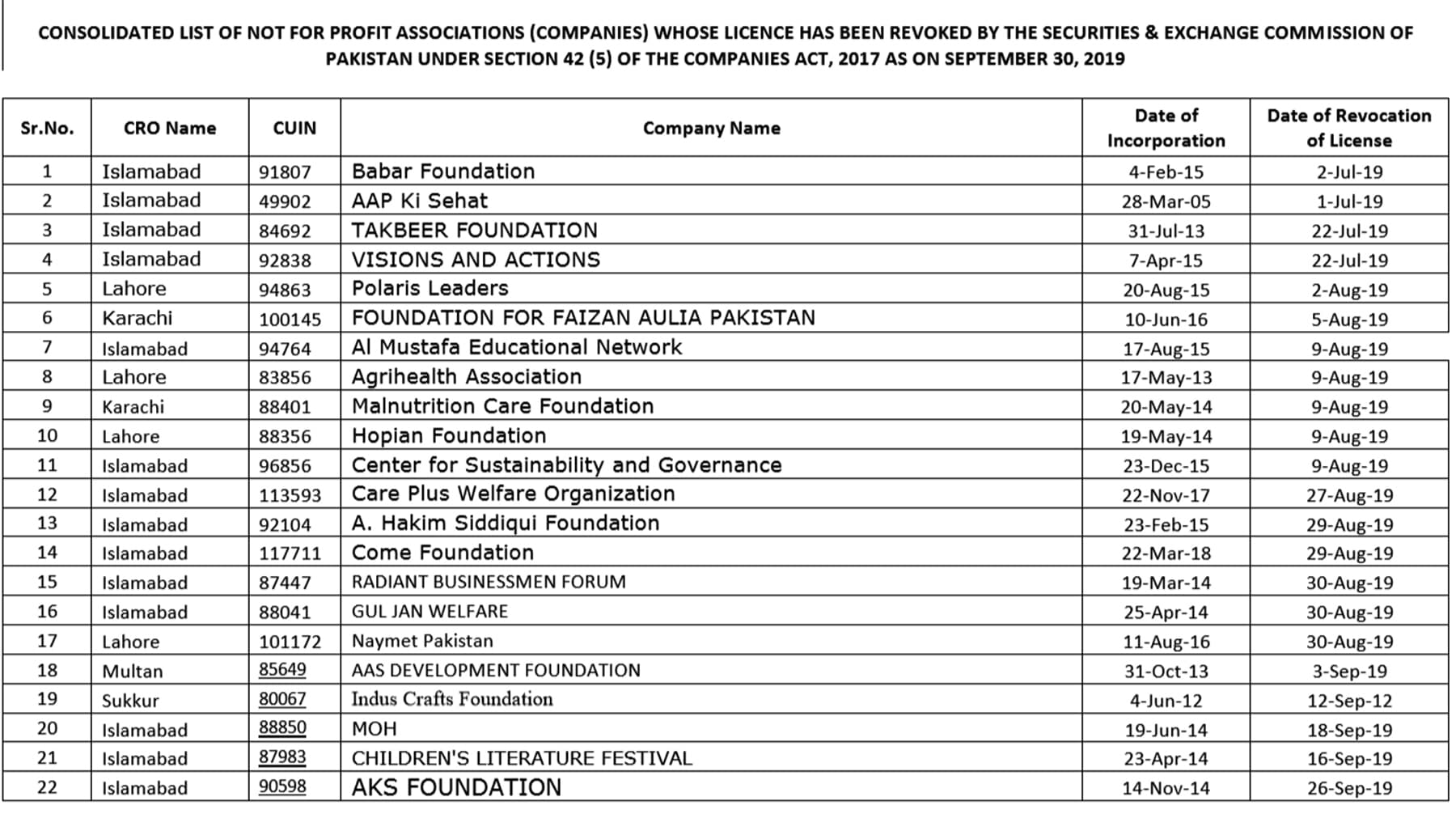 In August, the licences of 13 NPOs were revoked over non-compliance with statutory requirements, including filing of accounts and tax returns. At the time, the revocation had raised the number of NPOs delisted to 303.