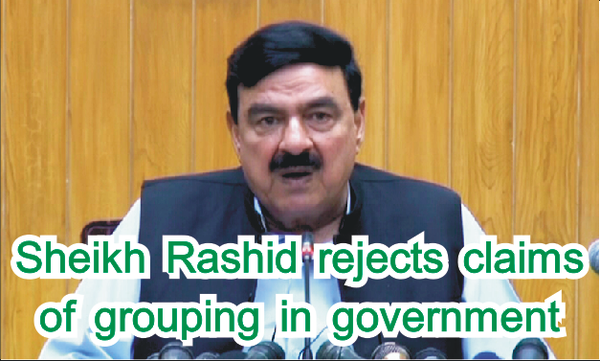 Federal Minister for Pakistan Railways Sheikh Rashid Ahmed has on Tuesday claimed there are no two groups in government.  Referring to the shuffle in the federal cabinet, Sheikh Rashid said the captain, Prime Minister Imran Khan, has only replaced the fielding positions of his players. The federal minister maintained that the FIA investigation report over the sugar and flour crises was released before time and it was better if it would have been issued on April 25.